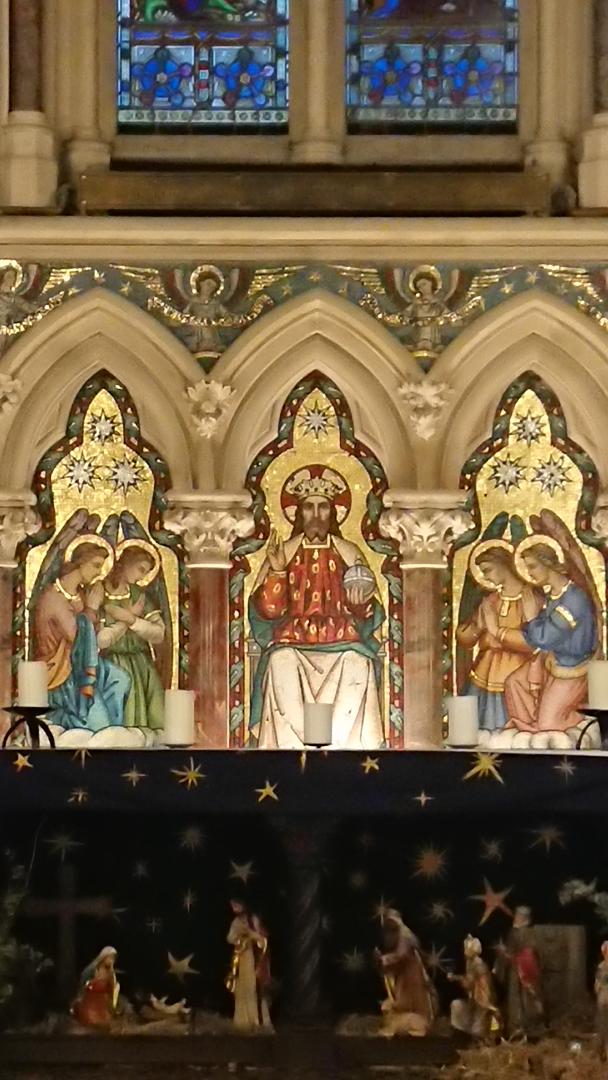 From Jon at the enthusiastic Twitter @hisdorkmaterials come these pictures of Exeter College, aka as Jordan in His Dark Materials. Just as the novels do, the video release of the trilogy, His Dark Materials, begins at Jordan [Exeter} college and is shot on location. From Yaxley Quad, it is possible to look up at the building where Pullman the student had his rooms.

For this picture Jon stood in the Quad looking up to the second window at the top from the far left, right near the waterspout, and what appears to be a chimney or turbine, and the gutters and roof.One can easily imagine a lithe teenager deciding exiting by the window and avoiding the stairs and questions of older scholars not too bad an idea, and so Lyra’s journeys on the rooftops may have been not entirely imaginary. His would have been the rectangular shaped windows. 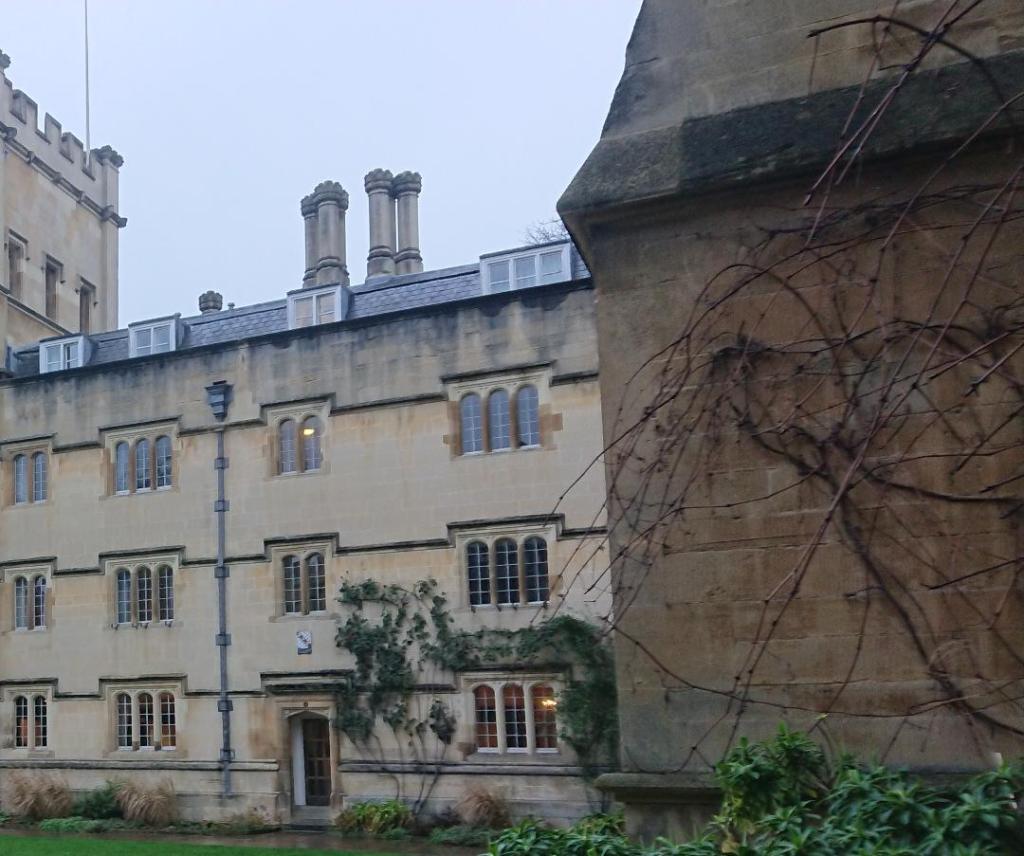 These two pictures show the Chapel of Exeter. Tilting the one allows for the pathway and steeple to show, as well as conveying the sense that all the buildings abut one another.

Was it in these vaulted halls that Pullman first contemplated Dust? Or in such grandeur rejected  a rich and demanding presence obscuring the nature of spiritual life, which has naught to do with fine trappings and political powers?

All credit for these lovely pictures: the generosity of Jon @hisdorkmaterials. Follow his accounts of what is happening on the ground there.

You are also invited to join the open public Facebook group, Compounding His Dark Materials https://www.facebook.com/groups/2376856019242919/ 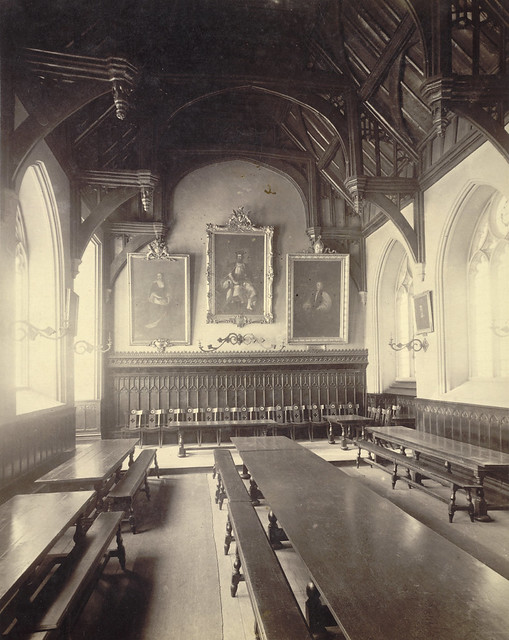 The picture above is of Oriel Dining Hall, c. 1865. Jordan College’s would look much the same: “The three great tables that ran the length of the Hall. . .[with]  the long benches . . . pulled out ready for the guests. Portraits of former masters hung high up in the gloom” (page 1). Slightly raised, running the width of the hall, would be the High Table with fancy chairs (rather than benches) suited for the College masters.

When I was at University College, the long benches facilitated some camaraderie among the students, primarily about the food. It included some kind of meat and potatoes (often prepared two ways at the same meal), something like Brussels sprouts, and a salad in which a piece of iceberg lettuce was topped with Spam or some other potted meat.

Young men were to wear jackets and ties to dinner, and ladies, dresses. I have no idea what I wore, but if hose and heels were required, I must have looked a sight.

And there was no ice.